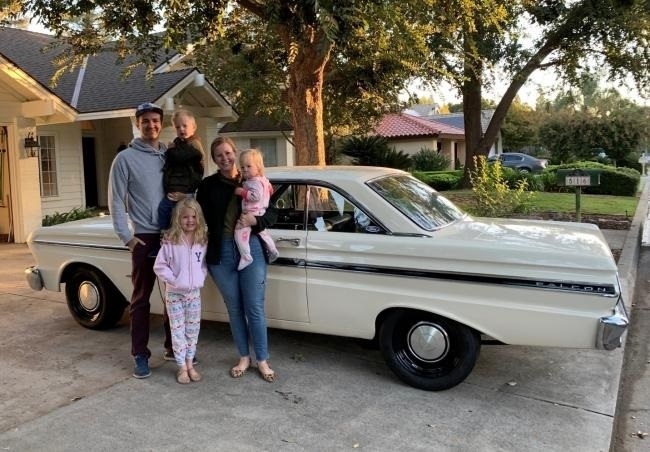 Nostalgia. That feeling you get where it just takes you back to the “good ole days” – whenever those were.

I have had the ultimate feelings of nostalgia over these past couple of weeks. If you’ve been into the office recently, I’ve (of course!) enjoyed meeting together and going over your goals and progress, but I’ve also been able to share with you a little personal journey I found myself on starting last month.

Just a little background, I grew up working on cars with my family. Our family suburban had a constant yell out of “’65!” as an old Mustang Coupe would drive by, or “57” when a sweet Bel Air would turn the corner. We would argue on what year the gas cap was behind the tail light of the old Chevy’s – was it 55 or 56?!

Well, everyone has their high school car right? Mine was a 1965 Ford Falcon Sprint. We were always a Ford family and that goes back to my grandfather, my dad and now myself and my siblings. I mean, heck, my parents met over my Dad selling a Mustang.

The Falcon was an awesome car. As straight as you’d ever seen one - zero rust, not a lick of “bondo” anywhere. And the ride was great too. It had a shift kit in it, so you’d catch second gear. That chirp was my favorite. 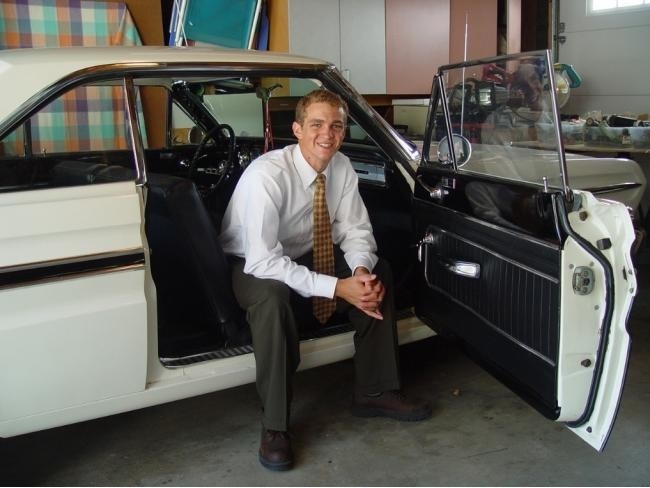 Well, as circumstances had it (as they often do), several years after I left home for college and missionary service, we had to sell the Falcon. I was sad, of course, but figured there would be other projects. I was also in the middle of starting my own life, and didn’t have the money or the space to keep an old classic around, waiting for the time when I could have my own. One solace I had was that we sold it to my high school tennis coach. At least I felt comfortable with the owner.

A couple years later, my coach approached us and asked if we wanted to buy it back, but alas, still not the right time. So away the Falcon went… never to be seen again. Tear!

Fast forward to today. Like many, I enjoy window shopping. But instead of Amazon, or the mall, I frequent classic car for sale websites just to keep track of prices and enjoy the different modifications others make to their own classics.

Early last month, I was looking around, and came across a 1965 Ford Falcon Sprint (hardtop). It was out in Long Island, New York of all places and it was same color and similar interior, just a different motor.

Well that’s not something you come across every day. I had to call the guy on it, just for entertainment on my part at a minimum. I called him and got the story and requested some extra pictures. To be completely honest, I wasn’t really in the market for a car (I mean, are we ever?!). This car was originally a “California Car” about 10 years ago. He took out the old 289 V8 and put in a crate motor, changed it from an automatic transmission and put in a 5 speed.

I started to question… “this couldn’t be my Falcon? Could it?”

I called up my Dad and asked for all the pictures he had of the car. About 60 pictures got sent over and the investigation was on.

We didn’t have pictures of the data plate, so couldn’t match VIN #, but a picture of inside the trunk made it undeniable.

I found not just a Falcon, but MY FALCON!

So, trying to keep my composure, I scheduled a visit out to New York and brought the Falcon home.

It’s been really fun as a family to bring back something that was lost. Here’s some pictures. 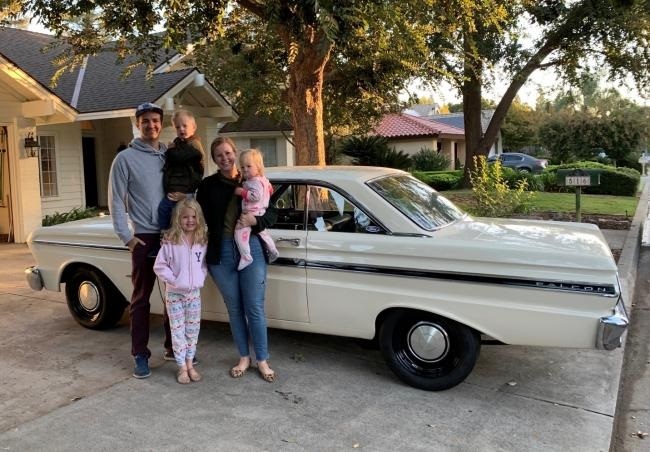 Because the distance was so far, we had to transport the car from coast to coast. When it arrived early morning last week, Caroline and I woke up the kids and made it a family event. 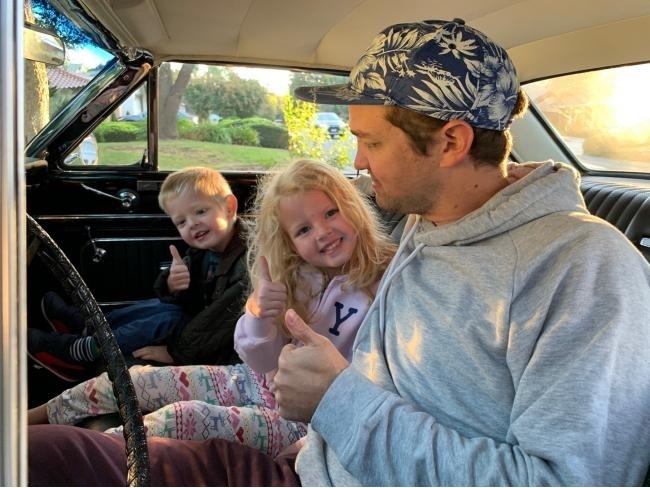 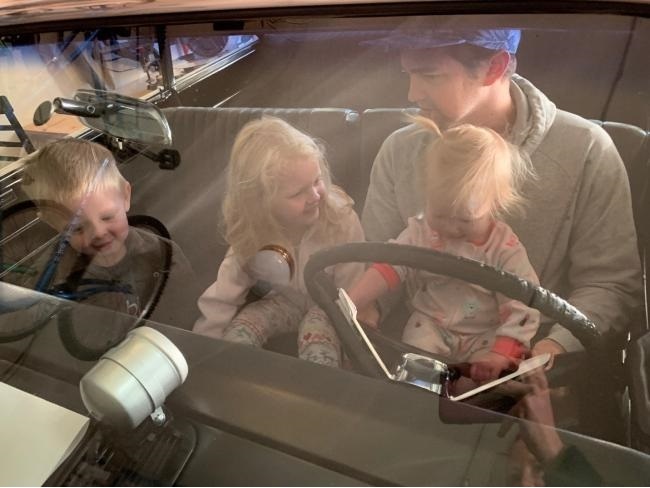 This story is long enough, but it took a bit of work to get it home. When we have some extra time, I’ll tell you the long version (if interested haha). For now and forever, the Falcon resides in Central Valley where it is meant to stay. I mean, when you name your son Ford… he’s gotta grow up where he can spell name by looking at the emblems on the hood!

If you are able to attend, you can see my Falcon for its very first debut at the Chasing Shelby Car Show this Friday. You get to support a great cause in the Chasing Shelby Foundation, but also come hang out and enjoy others share their fun experiences of finding their car, putting them back together and making something beautiful. 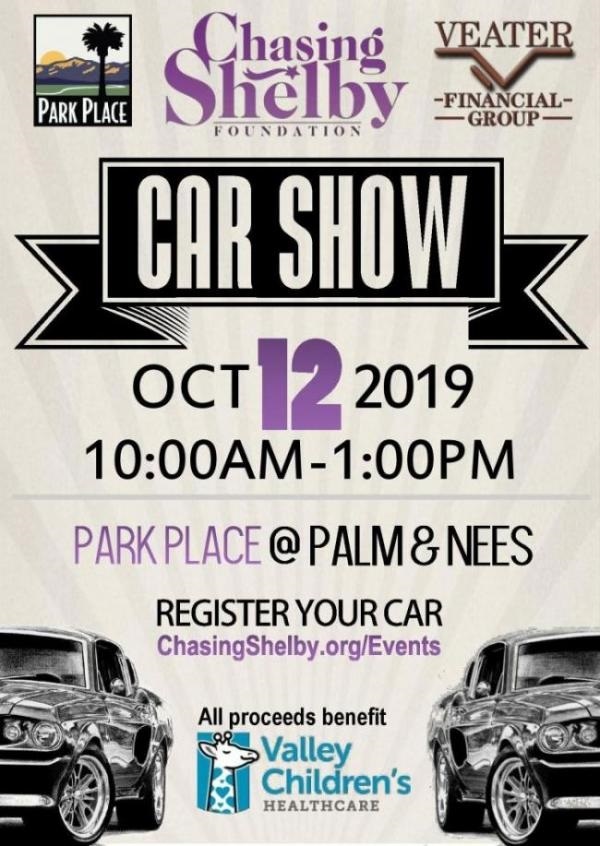