2016 is an election year! Get ready for some heated debates, controversial polls, and intriguing political conversations at family gatherings. Every 4 years, there is definite uncertainty about who will be the leader of the free world for the foreseeable future. When there is uncertainty in the future, we tend to be fearful, or rather, unconfident in the future. In these times, it is important to once again, get a deeper perspective. We looked at the S&P 500 since 1926 and peered in to see how this index performed during each presidential tenure. 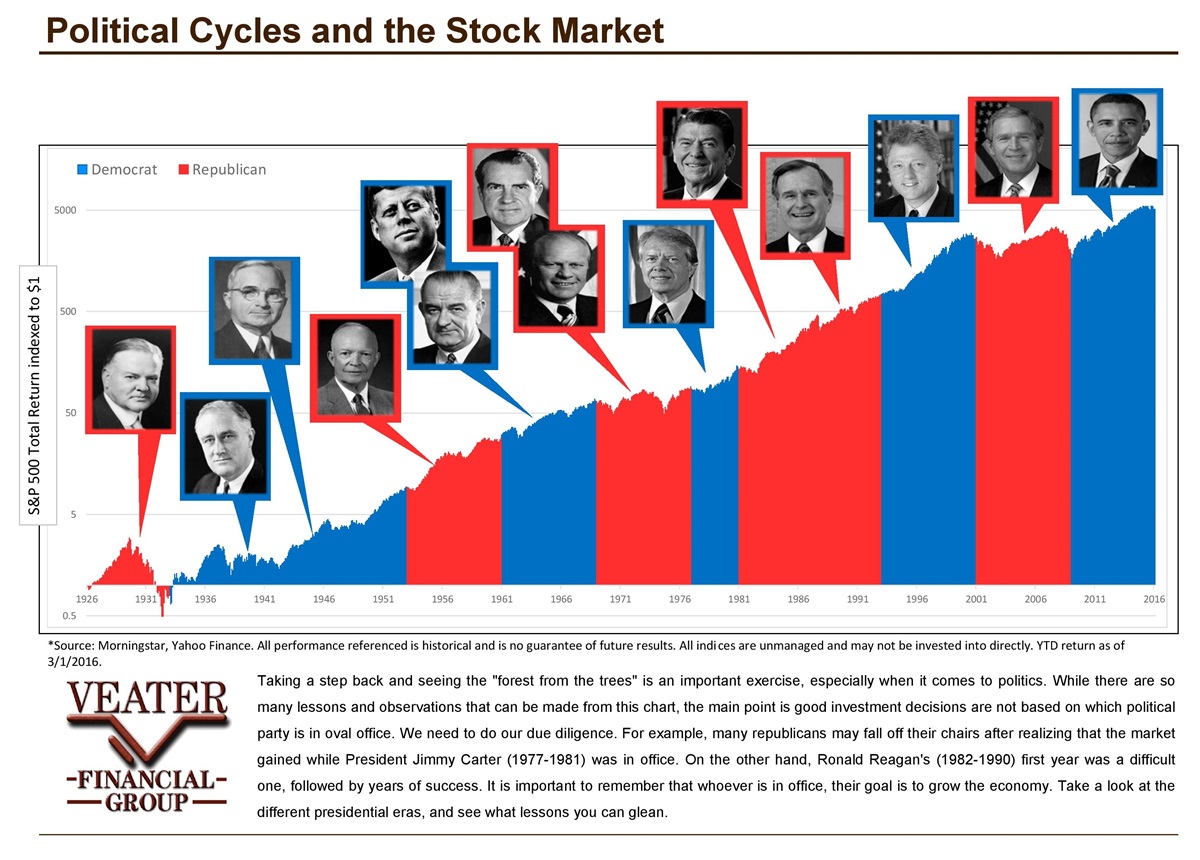 As you look back through history, can you remember how it felt during certain time periods? Of course, we remember the 90s and the tech boom that helped move the economy forward during the Clinton administration. Ronald Reagan is one of the United States most beloved 20th century presidents, but do you recall that Reagan’s first couple years in office was anything but profitable for those invested in the stock market. Who would’ve thought that Carter’s tenure was accompanied with consistent returns during his single term service?

There are many talking points and arguments that can be formulated from looking at this graph. During this election year in 2016, remember that regardless of who is in office, the United States is a great country that will succeed! From a political standpoint, some policies are more successful than others. Some policies benefit the immediate, and others are geared for more long term effects. There may be times when we don’t agree with some or many of the policies enacted. Our job is to invest prudently, and not overreact either way. The risk of overbuying or overselling at an inopportune time can be very costly. Instead, we can have faith that our economic system can produce many fruitful and productive years ahead, just like it has for the past several generations!

As an added bonus, we added an interesting or fun quote from each president. My personal favorite has to be Gerald Ford's quote. 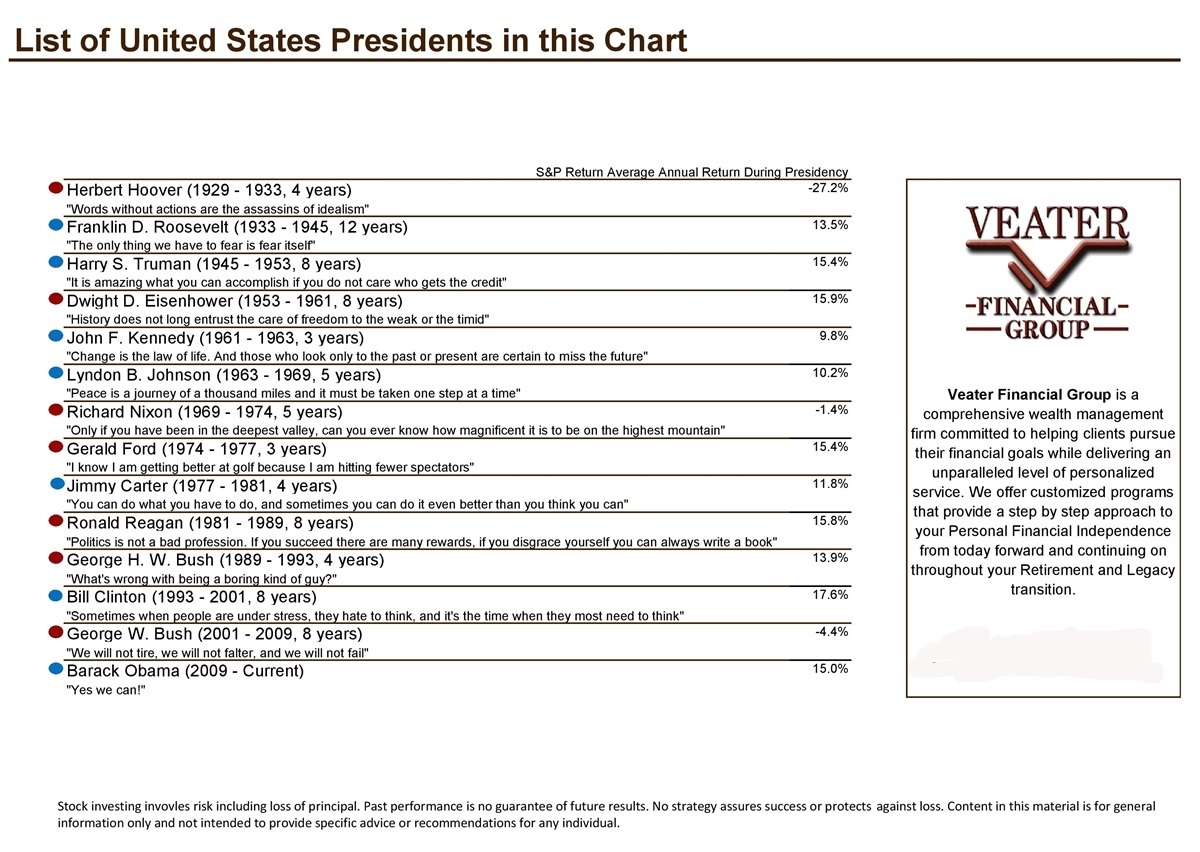 Do you need a second opinion on your investments? Thinking about retiring and have questions? Just getting started? We can help. Call us now at (559)432-3877 to schedule a complimentary consultation with one of our professionals.

The opinions voiced in this material are for general information only. The economic forecasts set forth in the presentation may not develop as predicted and there can be no guarantee that strategies promoted will be successful.